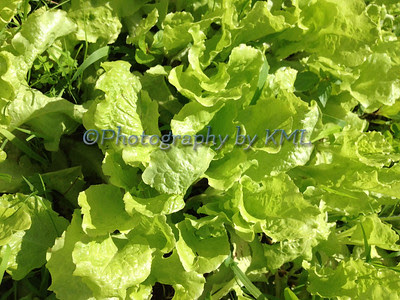 It has been a banner year for the green beans in the garden.

But then we have always had good luck with them.

Not good enough to freeze any though like this year - and they will taste so good in the winter.

What has been the biggest surprise to me though is the lettuce.

I have never grown it before and really didn't know what to expect with it.

The seeds were so tiny and they needed a major thinning once they all sprouted.

I always thought lettuce was a cool weather crop that didn't like the summer heat.

But I was so wrong.

We have had a continuous supply all summer.

The more I pick it, the more it grows.

I haven't had to buy any lettuce at the market all summer long.

That one little packet of seeds that I bought on clearance at the end of last season has served us well.

I will be sure to make lettuce a staple in the garden each year now - whether we get the seeds on clearance or not. 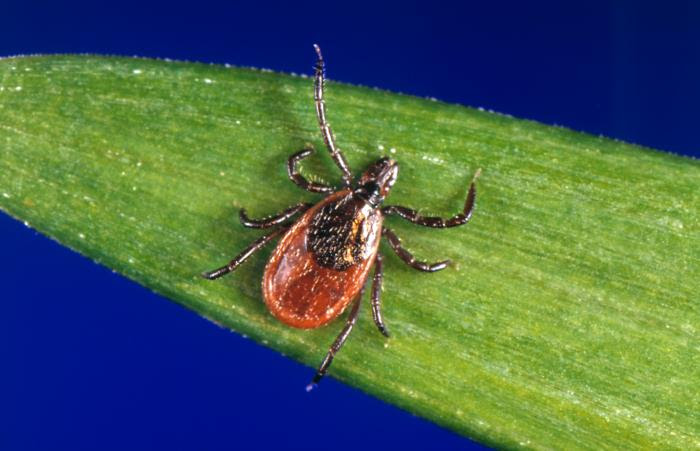 And when I find one actually on me, I can feel the borderline hysteria bubbling up on the inside.

If I were to find one biting me - I would probably pass right out.

I really despise them.

And we seem to have an abundance of them around this year.

You would think the extra cold winter we had this year would have made them scarce - but they are an extremely hardy pest.

We are diligent in searching each other for them when we come in the house.

The clothes and shoes get searched too.

And as I found out - the swinging pony tail isn't enough - the hair needs to be contained more than that.

We use the spray with DEET - which I hate - but I think it works to keep them from biting.

It doesn't stop them from climbing aboard even though we spray our clothes.

The best defense with these bugs is diligence in checking for them.

It's a pain, but it's more of a pain to contract one of the many diseases that ticks pass on when they bite.

Email ThisBlogThis!Share to TwitterShare to FacebookShare to Pinterest
Labels: prevention

Fresh spinach has always been my spinach of choice.

After the first time cooking it, many years ago, I learned that you need A LOT of fresh spinach to make a meal serving.

It shrinks down so much once it's cooked.

That slimy green stuff in a can that Pop-eye is always eating is not something that will find itself on my table.

Salty, overcooked, swamp weed is what I classify that.

Then there is the frozen stuff.

It works in a pinch - if you get the right one.

Chopped spinach for a meal - we found that was a no-no.

Way to dense, and just a tiny bit goes a long way.

The frozen leaf works better for a meal.

But, as I found today, not for a soup.

The strings are unbelievable in that soup.

I left it unattended for just a minute, and I began to hear snip, snip, snip.

I look over to see stands of that stringy spinach hanging from the spoon handle horizontally across the top of the pot.

My husband was giving it a haircut with the scissors.

Next those scissors were just dipping away into the pot to cut that spinach.

We did learn one thing today.

The frozen chopped variety goes in the soup, and the frozen leaf on the plate.

And only buy the frozen when the fresh isn't on sale.

The fresh is definitely the best all the way around.

It's my biggest weakness.

And I have done several posts through the years about it.

For the most part, I do my best to keep the added sugars to a minimum.

Never being a soda drinker and not liking any sugary drinks to begin with, that was one habit I never had to break.

My love of tea in it's natural unsweetened state is also a good thing.

But, for my husband, it is a different story.

He loves his tea sweet, and added sugar finds it way into many of his foods.

But these last couple of weeks, he has been dramatically lowering his sugar intake.

Stevia has been his sweetener of choice for the tea.

And he has found that many foods don't need that extra sugar.

They are great just the way they are.

Glad to see him making these lifestyle changes.

Every little thing we do good for ourselves will keep us around longer for each other.

My yoga routine has not changed much in the the last three years.

And it is too easy to get comfortable with one's favorite workout.

Not to mention that with fifty quickly approaching, I am not going to try something too difficult that would easily throw a shoulder, hip, or knee out of commission.

As I was browsing the apps that were available on my new laptop, I came across one I thought looked interesting.

After checking it out and reading the reviews, I downloaded it.

There are several routines, each aimed at different areas, and it includes three levels within each one for difficulty.

I have tried quite a few of them, finding my limitations as well as the ones that are too easy.

The flows are great, and much to my dismay at first, I find I like the animated lady as well.

The instructions are clear and precise as are the movements of the animated instructor.

I am really enjoying my new yoga routine.

But I must remember to switch it up sometimes - its's good all the way around!