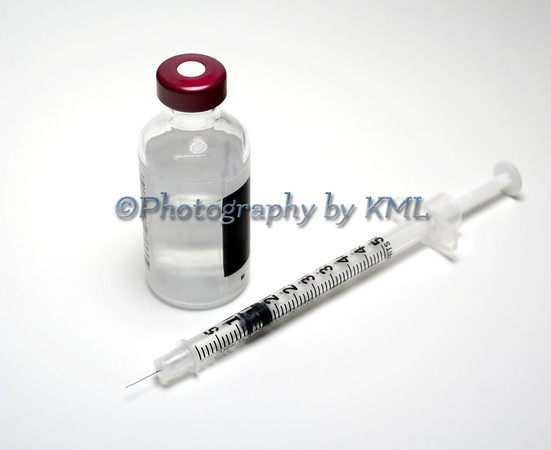 It started the end of October 2020.
I should have known it was going to happen at some point - my mother has been a Type 1 diabetic since she was 16 years old.
She's been fighting the blood glucose battle for sixty years.
I now fight that battle as well, but unlike her, I am hoping to control mine with diet.
My doctor really wanted me to start on medication, but she agreed to give me time to see what I could accomplish on my own.
Six months of testing my blood three times a day has helped me gain insight into what foods affect my readings.
And just when I think I have it figured out, it all goes awry again.
An app on my phone helps to track my foods and numbers.
I was never a big sugar or processed food eater, so I thought it was going to be a fairly easy task to get the glucose levels down.
But it was not to be - those carbs do not fight fair.
The grains, veggies, and fruits don't always behave as they should, even when they are included with the proteins and fats that help to offset them.
And it's not only about diet and food.
Exercise and movement play a big part with the numbers as does fluid intake.
Carrying around access weight has a negative affect for those with Type 2 diabetes.
So it has been a battle of weight loss, correct food choices, exercising regularly, and learning during these last six months.
Those blood glucose numbers are not where I always want to see them even though all the correct food choices were made.
There is nothing easy about this - there's a lot of frustration, and I will continue to try to make it work without the need for medication.
My mother has dealt with several daily insulin injections her whole life.
She had no choice as her pancreas stopped working all those years ago.
With the changes I have been making, I will try to keep mine functioning as long as I can.
Posted by KML at Wednesday, April 14, 2021 No comments:

The winter sun is low in the sky here in the northeast.

It stays below the tree line for almost two months before it starts it's climb back up, and the day light hours begin to  increase.

Vitamin D deficiency is common in the northern climates as the main source of this vitamin is delivered to the body by the sun through the skin.

And we keep our skin well covered against the cold during the winter months.

Vitamin D doesn't occur naturally in many foods.  It can be found in fatty fish, egg yolks, mushrooms, and liver.

Dairy, most cereals, and some juices have been fortified with it, but for those who want to obtain this vitamin naturally from the sun it is important to do so with care.

As we know, too much sun comes with it's own risks, and using a high SPF sunscreen can prevent the skin from producing the vitamin.

Short spurts of time, about 15-20 minutes, 3 days a week, should be enough to get what we need according to recent studies.

Vitamin D works to help calcium be absorbed by our bones.

Signs of Vitamin D deficiency include: fatigue, bone pain, muscle weakness or aches, and mood changes such as depression.

Supplements are available if the doctor thinks they are necessary, but care needs to be taken to not overdo them. Too much Vitamin D comes with its own host of problems.

What is good to know, though, you cannot get too much Vitamin D from the sun.

Once again, Mother Nature takes care of us if we pay attention.

An Apple a Day

Is there any truth to the old saying: "An apple a day keeps the doctor away"?
Before we get to that answer, let's take a look at the benefits that apples have to offer.
Apples contain the vitamins C & K.
They also contain potassium, copper, and several various antioxidants and flavonoids.
The skin contains soluble fiber which comes with it's own host of benefits.
As a whole, an apple can contribute to heart health, lung health, and bone health.
Along with a diet rich in fruits and vegetables, apples can help lower the risk of stroke, reduce blood pressure, inflammation, and the risk of cancer.
Getting back to the skin, it's the most nutritious part of the apple.
It contains those important antioxidants that fight free radicals which lead to various health problems.
The fiber helps keep the colon healthy.
Apple juice and applesauce are missing this important part of the fruit and they lack the nutritional benefits of the whole apple.
The skin of the Red Delicious contains the most antioxidants of all the different variety of apples.
They're one of my favorites and I have always thought they were very appropriately named.
Crisp and sweet, they are a perfect, portable snack that easily fits into the daily routine.
So back to the question, I did find this piece of information by Harvard Health:
One study done in 2015 found that:  “Evidence does not support that an apple a day keeps the doctor away; however, the small fraction of US adults who eat an apple a day do appear to use fewer prescription medications.”
That's good enough for me - less prescriptions means less health issues and less visits to the doctor.
Posted by KML at Saturday, January 23, 2021 No comments: 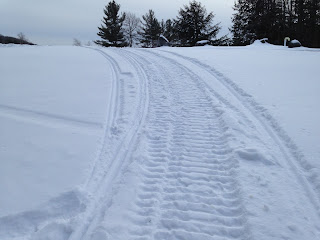 Tracking the number of steps taken each day has become a habit that I have been trying to keep for the past few years.
Winters in New England haven't always been easy to accomplish this.
And until this year, I honestly didn't give it the effort it deserved.
It's not just the sub freezing temps that keep me indoors, it's the ice and snow which makes it hard to trudge through.
The first storm of the season dumped over thirty inches of snow, so I figured this year was doomed as well.
A couple of above freezing days packed some of it down enough to get my path established again through the yard.
My little four legged companion keeps me company as we make our rounds.
Seeing how happy she is to be out walking is big encouragement to get me out there too.
Twenty minutes is about all her little feet can do in the snow, and she lets me know when we're done.
And really, that's about enough for me too!
Posted by KML at Friday, January 08, 2021 No comments: