This is a Sponsored post written by me on behalf of No nonsense for SocialSpark. All opinions are 100% mine.

The January thaw that we have been having this past week has the mind wandering to the next season.

And a new dress for the new season can always bring a smile.

Checking out some of the new styles for this season, I found a cute outfit that is just the right color for spring.

A light blue dress with a graceful touch of lace around the neckline and puffy sleeves that are long for those chilly New England days is what I call a perfect dress.

Classic blue pumps and a white shoulder bag match perfectly with the dress.

But what ties the whole outfit together are the white tights.

No nonsense tights and leggings have a way adding just what is needed to complete an outfit.

And with all the colors that are available, there is a pair for every occasion and every outfit.

They can even be purchased at many food and drug stores, so dropping a pair in the cart while grocery shopping couldn't be easier.

They are a very affordable way to perk up an old outfit too - making it look new and different.

And I agree with the new face of No nonsense, Jill Martin.

She is a leading fashion expert and she thinks these trendy, high quality tights and leggings can change any outfit without costing and arm and leg.

Good fashion that is affodable is just we all need during these trying economic times. 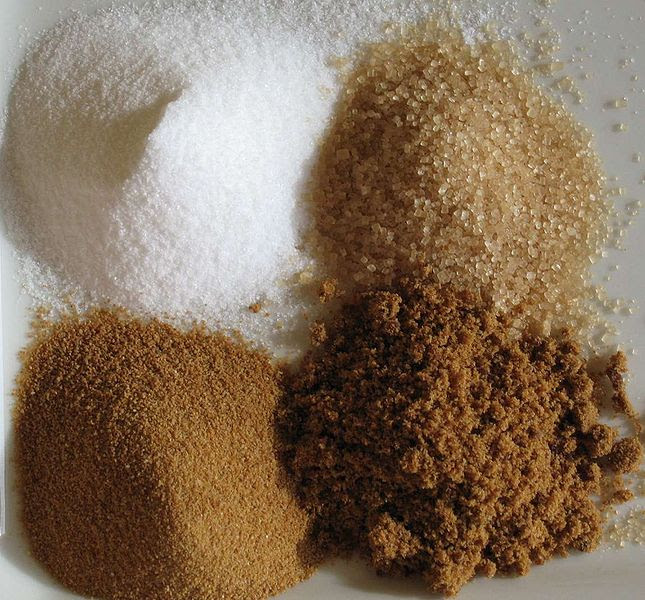 But unless it is naturally occurring in the food that is eaten, it is considered an "added sugar" in any of it's forms.

Back in 2008, sugar consumption in the US was 136 pounds per person per year.

That's above and beyond the natural sugars already in our fruits, vegetables, and milk.

And the rest of the world is not far behind us in their consumption too.

Heck, I have even seen our cat eating the sweet-eating ants in the summer, and everyone knows how much bears love honey.

Sugar is just too good and all the Earth's creatures love it.

Even though it is considered "empty calories" it is necessary in supplying the brain with energy.

But being human, it is easy to let our love of something get too far out of hand.

Too much sugar contributes to many health problems, the most widespread being, obesity.

And that leads to many other diseases and ailments which can all be avoided.

So, I have been carefully watching my "added sugar" intake over the last six weeks.

According to my weight and calorie intake, it is recommended that I get 25 grams of added sugar a day.

Man, I was getting over that in just my breakfast alone.

And that iced tea that we always prided on making ourselves - that needed a serious makeover too.

That added sugar is everywhere and in everything.

And I am not one who will substitute those no calorie sweeteners to take the place of the real thing.

Don't need those fake chemicals that do their own damages in other ways.

When I first cut out the sugar, I was eating none, even the naturally occurring ones in the fruits.

But after reading more, I realized that those ones don't count.

I needed to only count the added sugars.

And when it comes down to it, it really isn't all that bad after all.

Even during the holidays with all the goodies, I could get by on just a nibble.

And that is still all that is needed now - it really does work.

And all my tea has been sugar free as well, and I enjoy it just the same.

And the weird thing, I can even taste the sugars in the lettuce now.

Who would have thought that? The cantaloupe melons seem to be running large this season.

The market has a fresh batch from Central America, and they are on sale this week.

I couldn't believe the size of the melon that I was getting for only $1.50.

I weighted it when I got home - 5 pounds on the button.

Now, that is going to be a heavy melon on our innards, or it is going to have us running to the bathroom from all it's water content.

It is a very tasty one - sweet and just the right ripeness.

Due to their textured skins, I always make sure I scrub them with a brush under running water to remove the potential harmful bacteria that settles into the nooks and crannies in the rind.

Cubed and served, they sure are a healthy, delicious snack!